The permanent and cyclic loading, the foundation and anchor geometry, and the nonlinear soil behaviour may be very complex, and many interrelated aspects must be considered in the geotechnical design of the foundations. Finite-element analyses (FEAs) are used increasingly to deal with these complexities and offer the potential to reduce the risk and cost in the design process.

This webinar presents the most important geotechnical aspects that need to be consider in the design of foundations for offshore structures. Examples from various projects and finite element analyses carried out at NGI to deal with these aspects are given. A brief review of the procedure used at NGI to obtain soil stress-strain-strength relationships from cyclic laboratory tests is included. It is demonstrated that FEA offers several benefits over classical methods, such as limiting equilibrium calculations.

Is cyclic frame work for clay applied to sandy soil as well?
The NGI cyclic framework with strength (and sometimes stiffness)assessments from contour diagrams based on interpretation of cyclic triaxial (and DSS) testing [ref. 1 and 2] can be used also for sand and sandy soils which behaves partly drained for the cyclic load history. With this procedure the number of equivalent cycles Neq is reduced to account for the"strengthening" that happens during partly consolidation.

In your last applicationGBS, how do you model the interface between soil and pile clusters in ABAQUS?
For the CEL FE-analyses of spudcan penetration, the soil-structure (spudcan) interaction is modelled using the"general contact" algorithm, which is based on an enhanced immersed boundary method. In this method the Lagrangian region can reside partially orfully within the Eulerian region and provide no-flow boundary conditions to theEulerian material. Further, the Eulerian region provides the pressure boundaryconditions to the Lagrangian region. Note that in the general contactalgorithm, contact constraints are enforced through the penalty method with afinite sliding contact formulation. In most of the spudcan penetration analyses, we did assume frictionless tangential sliding at the interface. In the suction anchor analyses, we did use a roughness of 0.3.

For the Troll A (large GBS) assessmentof overturning stiffness a smooth contact formulation was used, i.efrictionless tangential to the contact surface and no overlap normal to thesurface, denoted “Hard contact” in ABAQUS. Measurements on the structure show that very little of the overturning and vertical loads are carried as skirt friction, i.e. the contact elements is introduced to ensure that no shear/friction is developed between the soil and structure, which mean that the weight of the platform is taken by normal stresses on the base and on the skirt tip.

How do you capture the rate of loadings in your numerial models?
As I mentioned in my presentation the rate of loading for wave or wind loading is typically in the range 5-13 sec (f=0.2 – 0.08) and inertia effects in the soil domain are negligible. However there is a rate effect onthe strength and stiffness strength measured in triaxial and DSS shear testing.It is known from testing of soil that the strength and stiffness generallyincreases with the rate of load or strain. This is accounted for in the cycliclaboratory tests run by e.g. NGI by running the test at the expected rate of loading e.g. about 10 sec for wave loading and about 1 sec for earthquake loading.

Can you explain moreabout the XG-Geo Tools?
Please see www.xg-geotools.com

The Abaqus 3D FE modelsdo not seem to have accounted for local scour. How these are to be addressed for 'scour development' through in-service life of an O&G structure and Wind turbine structure?
The seabed morphological changes evolving over time due to scour are not modelled explicitly in the FEA models. However anticipated larger changes in seabed geometry will be included in the assessments.

What does COGAN cover in terms of communication, newsletters, material, etc.
Please refer to the project social media updates and information regularly posted on the COGAN website at www.cogan.eu.com.

Have constitutive models based on Artificial Intelligence considered in offshore industry?
I'm not aware of practise or research where AI has been used much.NGI has looked into neural network for the design of suction cans, however ithas not really taken off. We see that decision making and reliability based design based on a probabilistic  approaches such as Monte Carlo, FORM or Baysian updating  are gaining interest.

Have you any process for determining the quality of the software itself for producing correct answer?
There are several methods and levels of quality control involved in design and FEA aided design. The softwares used are all validated by comparison to analytical methods. Furthermore, there is input and output checks and checking by a competent and experiences engineer (applying engineering judgement). 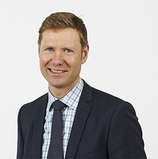 Dr. Andresen has expertise within numerical and constitutive modelling for a broad range of geomechanical problems.  He has 20 years of experience working as a consultant and researcher at NGI. Projects have included design of anchor sand foundations for offshore structures, design of support systems for deep excavations in soft soil, analysis of progressive failure and localisation of sensitive clay, analysis of tailing dams. Since 2007 he has been in the management group of NGI and since Januray 1st 2012 NGIs Managing Director.

Publications
Author and co-author of more than 50 articles published in journals and conferences.

Andrew Lees is Director of the geotechnical analysis consultancy Geofem and coordinator of the COGAN project.