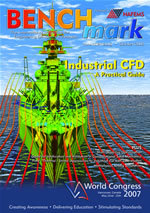 Exactly three years ago, we decided to introduce a new series of articles into the BENCHmark magazine, entitled "Knowledge Base, Don’t forget the Basics…" Since then Mark Chillery, the author of the Knowledge Base column for us, has contributed a wide ranging series of articles looking at issues such as Mesh Convergence, Assessing Errors, Commercial Analysis Validation, etc.

This series of articles has been, and continues to be, very popular. As well as being an invaluable introduction for novice users, they have also served as a valuable set of reminders analysis veterans, as well as introducing areas such as Probabilistic Analysis methods that might be relatively unknown by many experienced analysts.

For anyone who has missed some of these articles, or wishes to have ready access to an archive, you will be pleased to learn that they are now freely available on the NAFEMS web site for access by members and non-members alike.

One of the fundamental objectives of NAFEMS is to help the analysis community by providing basic educational training material of an independent nature. These two columns are helping to fulfil this role and we trust that you and your colleagues will find them both useful and helpful.