Generative Design is Doomed to Fail 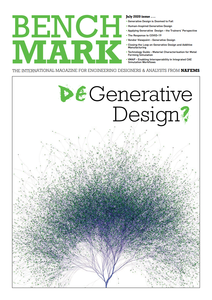 The benefits of ‘generative design’ have been touted by many in my industry, often in superlative-laced press releases. None of this is new. People have peddling generative design as far back as the 1980s. After years of never really going anywhere suddenly everyone is talking about generative design. Suddenly it feels inevitable.

I don’t believe the hype about ‘generative design’. It is a distraction. A white whale. It isn’t the future of design, or anything. It is a dead-end. I believe that something more significant is happening.

On the surface, generative design is an enticing vision. Rather than employing a designer to laboriously create a design concept, you can instead use an algorithm to quickly generate thousands of options and ask the designer to pick the best one. Effectively, the designer becomes an editor. They specify the goals of the project, an algorithm churns out an array of options, then the designer returns to select the strongest idea, and – voilà – you’ve got a building. Since the algorithm can produce countless design concepts, the designer can, in theory, consider more possibilities than they would on a typical project, improving the chances of finding an optimal design or discovering a novel solution. A better design with less effort, what’s not to like?

Some of you are going to disagree with how I’ve characterized generative design. In the current vernacular, the term ‘generative design’ has a reasonably loose meaning. This isn’t unusual — other technical terms like ‘parametric’ or ‘machine learning’ have grown more vague as they have become more popular. In the case of generative design, the word ‘generative’ is often confused as a catch-all for ‘generated’. Throughout this article, I’m going to refer to generative design as a three-stage process where (1) designers define the project’s goals, (2) algorithms produce a range of solutions, and (3) then designers pick the best result. Although you might quibble with this definition, it’s what many people are currently pushing as the future of design. For the purposes of this article, I’m only focused on this prevailing definition. (if you think this process shouldn’t be called ‘generative design,’ if you’d rather call it optioneering or something else, you can change the name used in this article).

Whatever you want to call it, I’m deeply concerned that many in the industry are advocating that generative design is the future of architecture. As I’ll explain in this article, once you get beyond the marketing hype, there are real technical and human reasons why generative design’s three-step process is doomed to fail