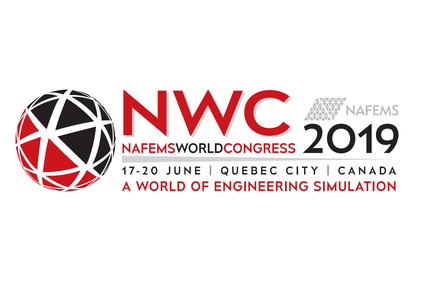 For years Computational Fluid Dynamics (CFD) has been widely used across many branches of engineering including the Aerospace, Automotive, Biomedical Chemical, Marine, Oil, Gas, Petrochemical and Power Generation industries.

One dimensional (1D) CFD allows engineers to understand how flow rates and pressures may change within a network flow system of interconnected components. In contrast, three dimensional (3D) CFD allows design engineer to understand how detailed flows interact with all manner of complex geometry. Of course, 1D calculations are much faster, only a few minutes, when 3D CFD may take hours or days.

Co-simulation of a 1D with a 3D model will potentially offer the best of both worlds. It enables the sharing of boundary data between 1D and 3D models in a single or multi-domain system to facilitate the simulation of the overall fluid system coupled with more detailed CFD simulation of 3D flows within a critical part of the network.

In March 2010, NAFEMS organised in Gaydon (UK) a seminar to present the state-of-the-art of the links. Most speakers (ANSYS, CD-adapco, LMS, Flowmaster, AVL, SCAI) presented the various possible links between 1D (Flowmaster, Amesim, GT Power…) and 3D tools (Fluent, CFX, STAR-CCM+, FIRE…). Some industrials also showed examples, but most of them only referred to simplistic applications, only to demonstrate the capabilities of the link.

We are now nearly 10 years later, tools and editors have changed, or merged.

Is 1D and 3D co-simulation now a reality?

We saw in 2010, that the 1D codes were driven by the engine approaches, in automotive and aerospace sectors, but most of the other industries were interested by co-simulation. 1D-3D links were already 10 years old (Fluentlink for Flowmaster arrived in 2001), but a lot of work was still to be done.

The CFD Working Group (namely David Kelsall and the author) were involved in the 2010 seminar. All the speakers have been contacted and agree to show that 1D-3D is now a reality.