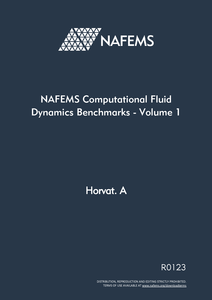 Computational Fluid Dynamics (CFD) is a combination of numerical and computational methods employed to simulate the behaviour of fluid flow.Although some of these mathematical methods can be traced back to the precomputerage, it was their implementation on the early computers that showed their extraordinary potential. In academia, these activities were consolidated into a new discipline in the early 1960’s with first commercial software packages becoming available a decade later. Today, CFD finds extensive use in industry and research, in analysis of mechanical, aerospace,nuclear and process engineering equipment. CFD is an important component of engineering practise in industrial, defence, and environmental organizations.

At present, CFD encompasses mathematical models that are based on a similar approach i.e. the Eulerian description of fluid flow mass, momentum and energy conservation, and on a significant number of other models that have been either related to the field of fluid mechanics or imported from adjacent disciplines. These simulation methods include Lagrangian particle tracking, Monte Carlo methods, Boltzmann transport equation models and different thermal radiation transport formulations. Furthermore, CFD is often coupled with modelling approaches from other simulation intensive engineering areas especially the solid body dynamics, structural mechanics and electromagnetics to create a simulation environment for complex systems. The development process of coupling and in some instances merging of otherwise dissimilar modelling methodologies is by no means completed. In fact, it is accelerating.

The motivation behind these efforts has been to create a virtual prototyping environment, which is more flexible and less expensive than building physical prototypes and conducting laboratory scale tests. Virtual models also do not suffer from scaling problems either when they are scaled up to the fullsize product size, or down into the micro-world. Despite all these advantages,it is important to recognise that the simulation process is fundamentally different from physical experimentation and testing. In the world of numerical simulations, most of the effort is focused on recreating reality in a computational environment. Once the created virtual reality is representative of the analysed environment, capturing relevant data is often much simpler than during physical testing.

As the complexity of mathematical models increases, how do we know that the models produce correct and accurate results? In general, the quality of simulation results depends on suitability of the mathematical model and on its computational implementation. Nevertheless, it is the utilization of the modelling toolset (i.e. software) by practitioners that most often leads to incorrect results. The reason for that may originate in the ever-larger separation between the modelling method developers, software engineers and final practitioners (i.e. analysts and engineers). In such situations, benchmarking offers a direct approach to check the simulation results accuracy and to quantify related errors.