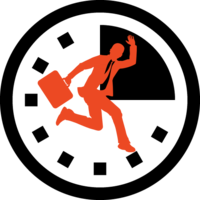 This is now what our two teenage daughters call me occasionally.Mostly in the context of when they think I am trying to get away with something. Such as: Oh, Dad thinks that since he’s a Big Time Manager now, he can do what he wants and not follow the rules. For teenagers, this happens relatively often as their “lens” on the world is decidedly different that most everyone else’s (a topic of many psychological dissertations and well outside this forum). That I am even referred to as a “Big Time Manager” by anyone is fairly ironic as I have never really seen myself as a manager but as a researcher.

In a similar light, back when I was studying aeronautical engineering in college, I always thought I would be an airplane designer – and here I am 20+ years later in the automotive industry via a short tour of duty (pun intended) in the defense industry. I will also confess that when I was first approached to be the manager of the aerothermal department, I was skeptical and, thus, hesitant to even consider it. Clearly, I came around as I saw this as an opportunity to learn something new. So what is it like being an engineer that is a manager? Frustrating and exciting would both equally qualify (as well as everything in between, including the “bonus” of working more…), but mostly it has been quite interesting as I have been getting an inside look behind the scenes via a management role.

If you’ll remember from the very first introduction promotion for the CAE Guy [1], I like knowing what’s going on. So, in that vein, being a manager fits with my personality. Being fairly gregarious definitely helps as well as I feel the need to interact with everyone in the department, from the technicians to the chief engineers.However, the last few months have been a whirlwind – and frankly a blur – of activity as I am learning about all the methods, procedures, and requirements of a manager: manpower levels, budgets, performance reviews [2], etc. I also miss the technical aspect of working on a development and I did manage to “sneak away” and setup/run a few CFD models as I was the best person to address that particular issue. It had been quite a few months since I ran a CFD model – it was not like riding a bike: it took me a little bit to remember what to do, I made a few mistakes, and had to review the procedures that I had basically written some years ago. Upon retrospect, this very fact was a necessary lesson for anyone moving past technical work.

While I still very much understand the broad usage and application of CFD, it’s really the day-to-day “nuts and bolts” of CFD that gets things accomplished. I was reminded of a saying I heard many years ago (and one which I reference occasionally):

Finally, I would love to say that I have expanded the role of CFD in the department, but that would incorrect as I have mostly been playing catch up with the testing groups and manager duties. However, I think of this as a very good opportunity to deeply understand how best to expand the application of CFD to the output of my department (that I think of it as“my” department sometimes still makes me how this exactly happened). Figuring out how best to apply CFD is my current goal. Hopefully, I’ll have more about that in future columns.

What are your thoughts on this? How can we best combine testing and modeling functions? Or anything else for that matter?
Send me an e-mail at: thecaeguy [at] nafems [dot] org.

[2] Curiously, there seems to be debate over whether performance reviews really do more harm than good. While I am required to do them, I do wonder about their effectiveness and am actively reviewing the research for more data.

[3] This seems to be a saying rather than an actual quote and has been mostly attributed to General Omar Bradley, as well as General Robert Barrow and Erwin Rommel. A version even appeared in Red Storm Rising (Tom Clancy, New York: G.P. Putnam’s Sons, 1986, p. 392).