Back in the 1980s, when I was 16 or 17, I was arguing/discussing the “best” rock and roll guitarist off all time with a high school classmate of mine. While I remember it was a heated “debate” where we agreed to disagree: Long story short [1], I was advocating for Eddie Van Halen and he was advocating for Jimi Hendrix. For a little background, my classmate was a guy that seemed, at the time, to be really into rock and roll as he had the look and feel of a head banger [2,3]. I, on the other hand, was, how should I say this … a naïve computer geek and was just coming aware of the larger world around me. Sure, I had been listening to disco in the 1970s as a kid, but I had no idea as to what that era really meant [4]. I had just started listening to rock and roll (I played the cello for eight years and to this day still have an affinity for classical music) and, being a teenager, thought I knew everything that there was to know. I will also say that the 1980s was a great time to be listening to rock and roll here in the U.S.A. as it went through a resurgence after the fall of disco in the 1970s. However, all good things must come to an end and with the release of Nirvana’s Nevermind in 1982, which effectively established grunge as the next thing, and “classic” rock and roll was officially over [5].

Anyway, to this day, I still remember this “best guitarist” discussion with my classmate and how sure I was of my assessment of state of rock and roll guitarists. As I learned more about music through high school and college, I came to realize that, while I would certainly classify Eddie Van Halen as the best rock and roll guitarist of his time (the 1980s), Jimi Hendrix was in fact an exceptional guitarist due the fact that he did things with a guitar that no one had done before. It’s like my thoughts about the “best” scientist: It comes down to Newton or Einstein. There’s only one universe: Newton discovered it and Einstein defined it. All others, sorry, but you take a back seat.

Nevertheless, that I came to understand that my classmate was correct about Jimi Hendrix was purely due to the fact that I really did not know what I was talking about. I actually think of this now, all those years later, as I just did know enough to make an educated choice/decision/argument. This relates to CAE with respect to: Do we, as computational engineers, really understand what goes into testing and, frankly, viice-versa. While it’s my feeling that we have a better handle on testing than test guys have on CFD or FEA, it seems to me that it’s up to us to educate the them guys as to what we really can offer[6].

My question to you is: What could be done to better educate the “computationally challenged” as to the true benefits of CAE?

What are your thoughts on this (music or otherwise)?Or anything else for that matter? Send me an e-mail at:thecaeguy@nafems.org. 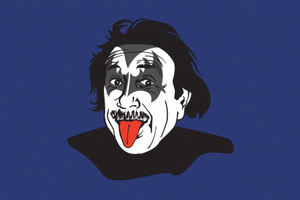 [1] Long Story Short. Introducing a short version of, or simply the conclusion of, an involved story. “Anyway, long story short, I totallyscrewed up today.” Wiktionary, https://en.wiktionary.org/wiki/long_story_short

[2] Headbanger. A guy who listens to heavy metal while vigorouslynodding his head up and down. Ideally throwing his long hair back andforth for added effect. The Urban Dictionary, http://www.urbandictionary.com/define.php?term=headbanger

[3] Headbanging is violently shaking one's head in time with music,normally to whip long hair back and forth. Headbanging is sometimesused by musicians on stage, and is most common in the rock, punk andheavy metal music genres. Wikipedia, https://en.wikipedia.org/wiki/Headbanging

[4] It was not until I was in my late 20s when I was listening to a 1970s throwback station that I fully understood the meaning of the lyrics inthe song “Afternoon Delight.” I can only assume that my parents wereseriously amused by their son throwing his head back and singing it at the top of his lungs when it came on the radio. https://en.wikipedia.org/wiki/Afternoon_Delight

[6] Yes, I understand that I used “us” and “them” to separate test and CAE disciplines, but I feel we must at least acknowledge there is somedivision between the two groups before we can pull them together.