AI in Manufacturing: How to Run Longer, Run Better and Keep Relevant

AI in Manufacturing: How to Run Longer, Run Better and Keep Relevant

Imagine if you could anticipate equipment service needs in advance, accurately, and spend time only servicing the equipment that needs it when it needs it. Imagine, too, if you could make smarter production design decisions that optimize the overall manufacturing process. You can, with data you already have, by leveraging it using artificial intelligence (AI). 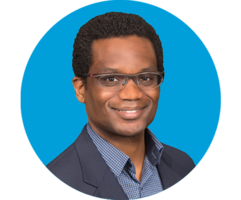 Jerry Overton is a Data Scientist in DXC Technology’s Analytics group. He leads the strategy and development for DXC's Advanced Analytics, Artificial Intelligence and Internet of Things offerings.

Jerry is the author of the O'Reilly Media eBook Going Pro in Data Science: What It Takes to Succeed as a Professional Data Scientist. He teaches the Safari Live Online training course "Mastering Data Science at Enterprise Scale: How to design and implement machine-learning solutions that improve your organization." In his blog, Doing Data Science, Jerry shares his experiences leading open research and transforming organizations using data science.

As the head of advanced analytics research, Jerry has established big-data-driven decision making as a foundation of DXC research. He used predictive modeling to discover insights for the 2013 CIO Barometer Report, featured as key findings presented by the CIO during a public DXC Town Hall. The FutureTense infrastructure was used to predict the changing relationship between CIOs and the enterprise, the major challenges emerging for the CIO, and the changing priorities for IT operational excellence.

In 2010, Jerry invented an international best practice for Ultra-Large Scale (ULS) system design. He introduced a novel technique by working from the middle of the problem out: from patterns to problems to solutions. This approach was adopted by Global Earth Observation System of Systems (GEOSS) as an international best practice for ULS system design.

Jerry led a consortium of aerospace and defense companies in developing simulations of distributed fault tolerance for the U.S. Military’s Future Combat System (FCS). He authored white papers and design decision documents that defined architectural patterns of fault tolerance for the ad-hoc mobile network, methods for maintaining data consistency and integrity in ad-hoc mobile networks, and risk mitigating practices for large-scale system integration. These patterns were adopted as technical standards that were built into the FCS System of Systems Common Operating Environment (SOSCOE).

In 2009 Jerry designed, created and ran an agile offshore software development model. This model successfully scaled to distributed (onshore and offshore) development teams. The approach differentiated DXC from our competitors and allowed DXC to create a product that helped its client stand out from its competitors.

Jerry has also published a variety of articles on software engineering, software design and pattern analysis, and has been a featured speaker on predictive modeling and related applied mathematics topics within DXC and at industry forums.