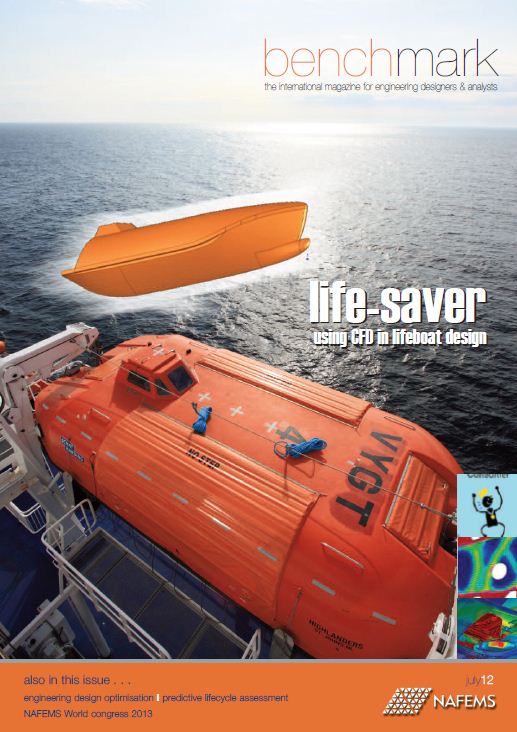 Since the last issue of benchmark, NAFEMS has held four out of five of our 2012 regional conferences, in the UK, France, Sweden and Germany.  Welcoming over 700 attendees, the conferences were an outstanding success, and bode well for the North American Conference in September this year. As membership grows in North America, we are delighted to be able to offer a dedicated event for the community, and hope that as many of you as possible can attend what promises to be an exciting addition to the regional conference calendar.
So, hot on the heels of the regional conference program, NAFEMS is also hosting a dedicated Multi-Physics conference in October this year. Being held in Frankfurt, Germany, this event responds to the feedback we have received from the community that large-scale independent events focussing on one particular aspect of engineering analysis are required.
Add to this the announcement of the 2013 NAFEMS World Congress, being held in Salzburg, Austria in June 2013, and you can see clearly that the NAFEMS community is more vibrant and active than ever. Indeed, for the first time, NAFEMS will launch the International Simulation Process & Data Management Conference, running alongside the Congress. By expanding an already popular event such as the Congress to include a specific focus on a topic such as SPDM, NAFEMS is once again listening to YOUR feedback, and looking to meet the needs of the community, as communicated to us by our members.Calls for papers are now open for both the Congress (NWC13) and the SPDM Conference, and we are expecting another large turn-out at both events. Details of all of these events can be found towards the centre pages of this edition of benchmark.
Another major development within NAFEMS is the move towards the set-up of activities in Japan. Meetings and discussions have been ongoing over the past few months, and it looks likely that NAFEMS Japan will be launched in the near future, once again catering for the growing need for an independent body dedicated to simulation in that area.
Maybe I sound like a broken record, but NAFEMS really is YOUR organisation. As a non-profit membership body, our sole purpose is to meet the needs of the engineering analysis community, and ensure that you guys have access to the training, educational and network opportunities you need in order to make you better at what you do.

David Quinn I Editor I