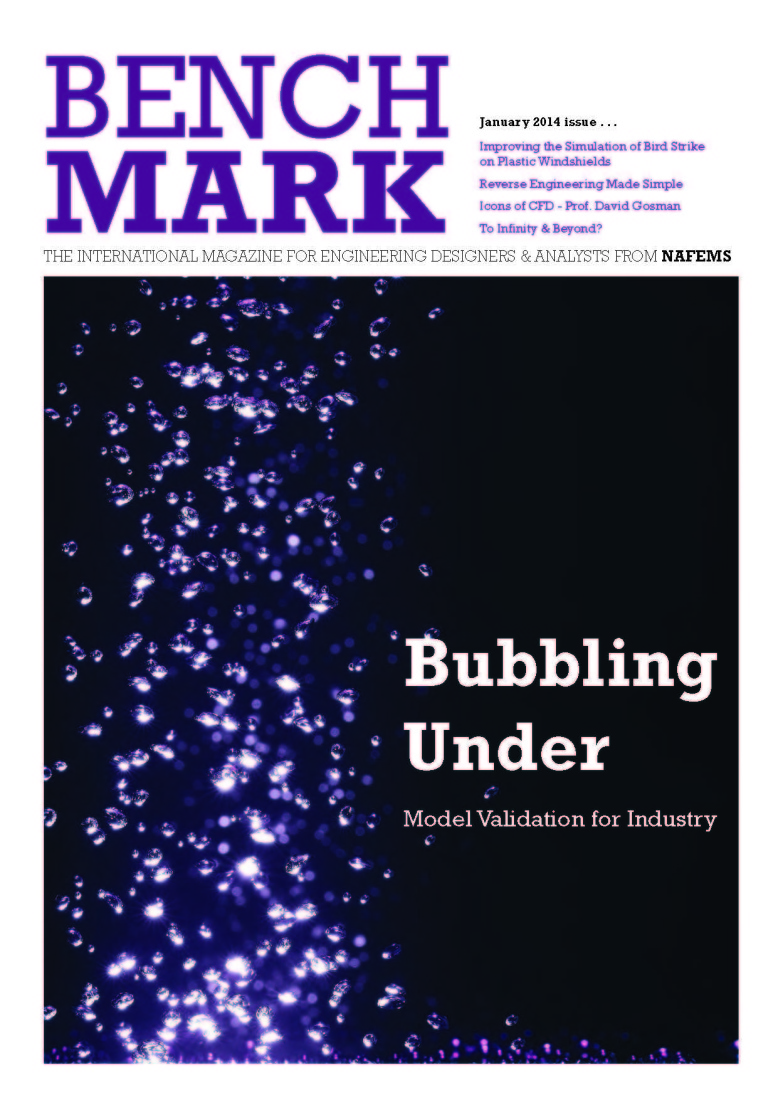 It’s 2014, and we’re one year closer to the next. As ever, I do hope you managed to have some time to yourself over the holiday period, and that any over-indulgence is now a distant memory. It’s going to be a massive year for NAFEMS once again, with our regional conference programme taking shape,as well as preparation for the announcement of our 2015 World Congress, and we’ve hit the ground running once again with a comprehensive and wide-reaching seminar and training programme for the first part of the year. If you’ve so far resisted the temptation to engage with our events and training courses, 2014 is the ideal year to rectify that. I’m certain you won’t be disappointed.

That being said, it’s often commented that the only thing that is certain is life is that life itself is uncertain. Well, aside from death and taxes, there’s a lot to be gained from that statement. I often think that everything we do in the analysis and simulation world is focussed around reducing the level of uncertainty about how things will behave to a more tolerable level. Or at least being a little more informed about what will happen when the unforeseen occurs. Until we know everything there is to know about everything that exists and doesn’t exist, there will always be space for the uncertain to derail even the best-laid plans. And this is where that fun feeling of “but how do we know what is unknown” gives you that dizzy feeling –much like the feeling you get when trying to comprehend the size of the universe.

In this issue, we look (as ever, some may say) at varying levels of uncertainty and unknowns. Yes, we can be certain that every year a certain number of pigeons will be inexplicably unable to see that 747 looming into their airspace and end-up almost embedded in the windshield, but how can we make sure the resulting damage to the glass isn’t so bad that the pilot and passengers are exposed to a dangerous situation mid-flight? We can also be certain that bubbles will form when certain gases are introduced to certain liquids, but how can we be sure that they form in the most effective way when we need them to? And in this ever-expanding landscape of seemingly infinite computing power and storage capacity, do we need to redefine our concept of infinite, or do we just need to stop using the term incorrectly?

These are all questions which we can’t answer with complete accuracy (well, most of them), but which are covered in this issue of benchmark. I suppose when we can answer everything definitively,then we’ll all be out of a job. Or will we? How will we know when there are no questions left?

I may go for a lie-down in a darkened room now, but in the meantime, I hope you enjoy this issue.