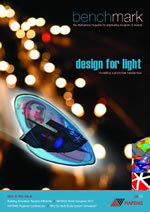 You will need to login above to access these files.

Depending on when you read this, the sound of the vuvuzela will still be ringing in your ears, and we’ll have a new set of football world champions to shower with even more money and accolades. This years FIFA World Cup in South Africa has been full of shock exits (France, Italy), dodgy refereeing decisions (“are you sure that didn’t go in off your hand, Luis Fabiano? No? Ok then…”) not-so-shock exits (well, let’s be honest - England…) and success stories (at the time of writing, Ghana are doing rather well!). Leaving aside the politics of what South Africa will actually gain from the tournament after the champions have been crowned, what we can say is that an event of this stature certainly places the host nation on the world stage for a few months, and increases the spin-off benefits of tourism and spending significantly.

On a visit to the Soccer City stadium in Johannesburg this April as part of a family holiday however, it looked like a different story to me at that stage. The promised infrastructure was only part complete – the roads leading to the show-piece stadium were very much still under construction and the stadium itself appeared to be not much more than a shell which looked very far away from being fitted out. My sister-in-law, however, was unfazed by the state of apparent un-readiness. “Zwana - don’t you worry – they’ll make sure it’s ready. We’ll be ready. It is here!”. Of course, she was right. The earlier workers strikes which had caused the delay quickly sorted themselves out, and the construction teams, apparently, were working almost 24/7 in the lead-up to the opening matches to make sure that the country was ready.

Where am I going with this, I hear you ask? Well, too often in our own ‘world of simulation’, projects fail to meet deadlines when there is no “end-game” in sight. The South Africans knew that they would be ready for the World Cup for one reason and one reason only – they had to be. There was no alternative. When there are alternatives and fall-back positions, the tendency to let deadlines and implementation schedules creep in favour of projects with a clear and defined deadline can sometimes feel inevitable. This issue carries an article on the reporting and storage of simulation data, and some discussion on the importance of using and implementing such a system. We all recognise the importance of these systems, and how vital they are in maintaining a well-documented design process, but many organisations allow “priority projects” to take precedence over the use of such systems. We all hate the paperwork, filling forms, sticking to procedures and such, so without a “drop-dead” date to work towards implementation, these systems variously “hang” at certain stages of roll-out, and the time to pick them back up is always too difficult to find. There’s always something more important to do.

As a community, perhaps it is time that we accept that adopting best-in-class systems and procedures for the management of the design process is something that can really make a difference to productivity, safety and profits in the years to come. Start looking at it from the perspective that every day we work without adhering to systems such as this, is a day where we made less profit than we would have done had we used them. Only when we give ourselves an absolute deadline will we realise exactly how important it is to reach it.

The theory is there – how many of us will manage to implement it?